2021 continues the expected trend of above-average Atlantic storms, forcing the hand of forecasters to consider a new, more active norm.

Following 2020's super-charged hurricane season, it's natural to be cautious about what this season might have in store. 2020 smashed records in the Atlantic, producing 30 named storms that exhausted the initial name pool, and used the Greek alphabet up through Iota to name the remaining storms. Twelve of which storms made direct landfall in the US, breaking the previous record of nine set in 1916.

An estimated $60-65 billion in economic damages in the US alone resulted from these storms, not including the significant blows suffered by parts of Mexico. While a large number, these loss values are lower than previous high activity years due to the lower intensity of some storms and the number of direct landfalls. Still, it can take only one storm to set a record loss season, as did hurricanes Katrina and Harvey in the past, racking up over $100 billion in losses each.

Focusing on the present, early predictions call for another above-average in 2021, with favorable conditions to generate and sustain storms.

One of the notable signs for higher activity this season is the state of the tropical Pacific, characterized by La Niña conditions. La Niña is part of the El Niño Southern Oscillation (ENSO) cycle, a climate description for the short-term temperature fluctuations in the central and eastern Pacific Ocean.  La Niña refers to the cooling of the Pacific waters, while El Niño represents the inverse. The reason water temperatures in the Pacific are important to the Atlantic hurricane season is that the cooler waters of La Niña typically reduce vertical wind shear, the usual undoing of tropical storms as they attempt to organize and strengthen.

Long to mid-range forecasts call for La Niña conditions to dissipate by Summer, returning the tropical Pacific to a neutral ENSO state. However, El Niño conditions are not expected to reform during this hurricane season, which will leave an uncontested runway for hurricane development.

In the Gulf of Mexico and many parts of the Atlantic, sea-surface temperatures are already at or above average temperatures. Hurricanes draw their energy from the warmer waters, and temperatures are expected to increase further by the season's start.

Hurricanes often begin to propagate following waves coming off the coast of North Africa as they pass over into the warm Atlantic waters. An above-normal number of waves is predicted to develop. Earlier developments, however, may be suppressed by dry air and dust coming off the Sahara Desert, but such interference is expected to subside by peak season.

Long to mid-term predictions for 2021

With favorable conditions for hurricane development and sustained tracks, leading analysts predict another above-average season. The current 30-year running average for named systems sits at 14.4, with eight of these storms strengthening to hurricane status and four to major hurricane status. 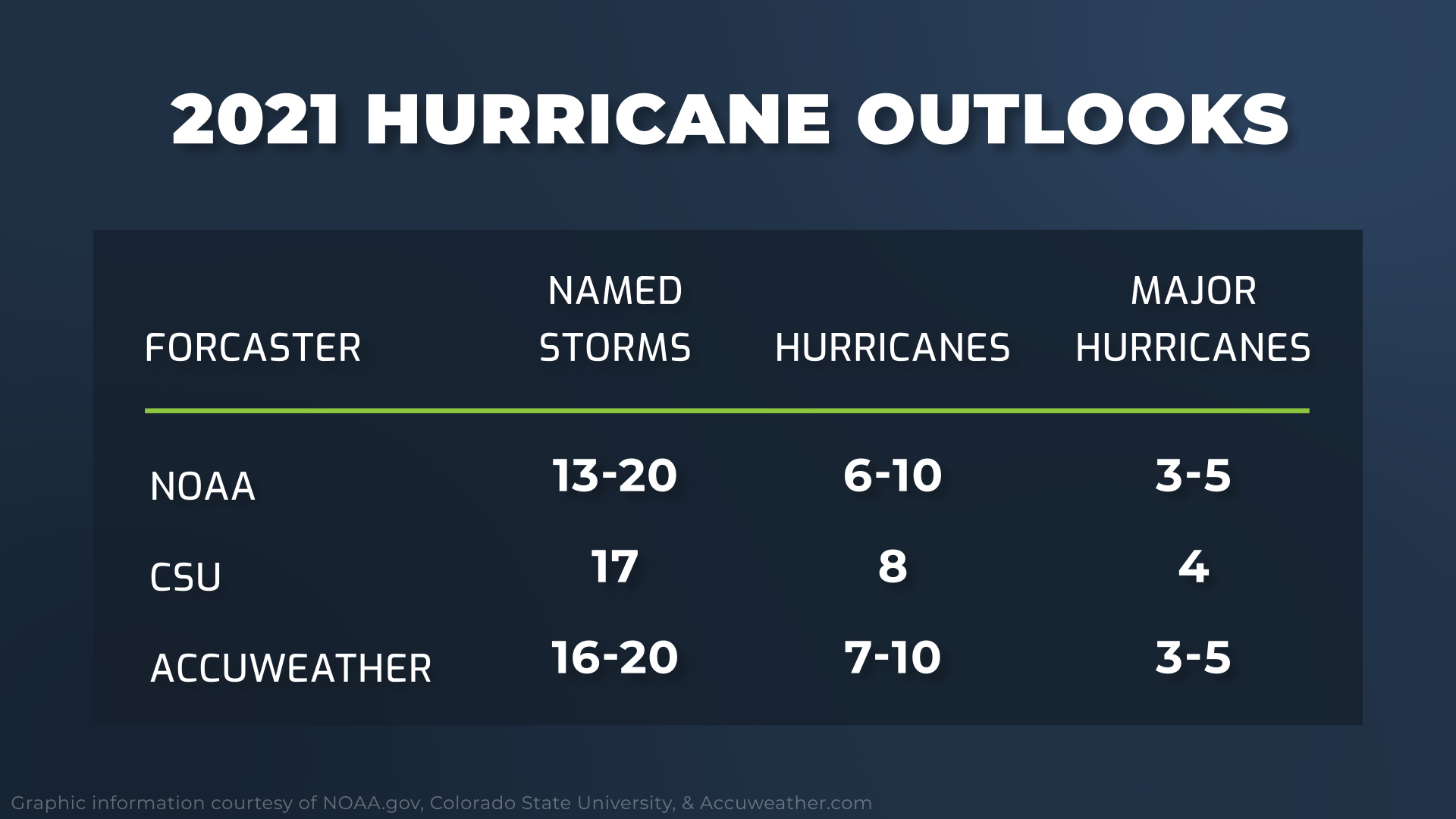 The official start of hurricane season is June 1st. Though some conversation is being prompted to move up the date with the consistency of favorable conditions, especially earlier in the season. Since 2010, all but one season in 2014 saw developments ahead of the official start. The season's beginning will stay the same in 2021, but we may see it shift earlier to May 15th in the coming years as a new higher activity norm is realized.

Whether 2021 rivals 2020 in hurricane activity or not, caution is always urged moving into any hurricane season, no matter the predicted risks. It only takes one storm to create a catastrophic event. RMC Group employs response teams with professionals that have served on the frontlines following every major disaster over the past 30 years. In the event of a catastrophe-related loss or otherwise, we're always ready to provide immediate property securement, restoration and reconstruction consultation and management services.